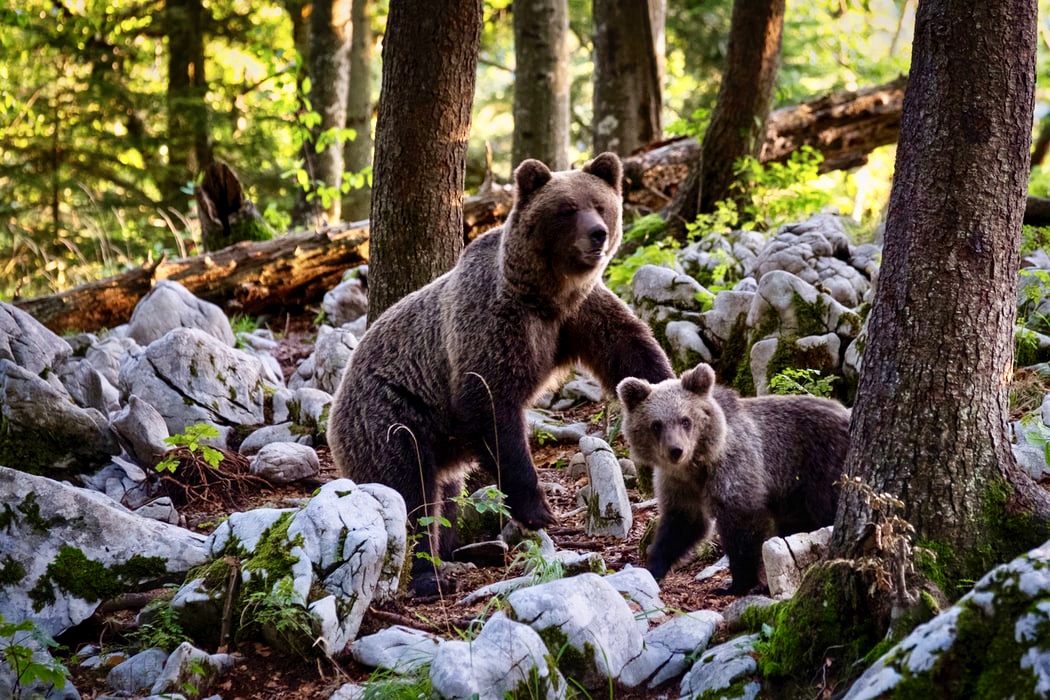 When exploring the great outdoors in Canada or the USA, chances are that you will encounter some wild animals. Bears travel along the same paths that people do such as trails or the banks of rivers.

Generally, bears tend to be shy unless they feel threatened. Especially mama bears get furious when they think you are too close to their cubs. Other than that, bears only want your food, your hunting kill, your fish or even your trash.

So plaese, never leave anything out in the open and take your trash with you – simply keep your camp clean. And do not feed any animals. Let nature take its course.

The Alaska Department of Fish & Game recommends bear spray and it is effective in many situations. Wind direction is critical, and can extend its effective range or shorten it. Most bear spray has a range up to 30 feet.

Remember, that most airlines will not allow you to fly with bear spray, but it can be purchased at many locations once you arrive in Alaska, like Mountain View Sports, Cabela’s, Sportsman’s Warehouse, and even grocery stores like Fred Meyer. If you purchase bear spray, read the instructions thoroughly so you are prepared to use it if necessary. Most sprays come with a holster that you can fasten to a belt or backpack where it is within easy reach.

When you see a bear…

Some bears will bluff you by doing a mini-charge and stopping short. Your right response would be to back away calmly. A bear that is standing is usually just curious. However, if the bear charges all the way, it’s probably because it feels threatened. Your best bet is to play dead: face down, or curled up with hands on head.

One possible qualifier: black bears. Recent history in Alaska has proven that if a black bear keeps after you even while you’re playing dead, your only choice is to start fighting with everything you’ve got.

I have never had any problems. Saw some bears out on the street or from the far but no dangerous encounters. My advice: check local news and park notices in advance, learn how to use the bear spray and know the steps during an encounter.

So, enjoy exploring the great outdoors and stay safe!